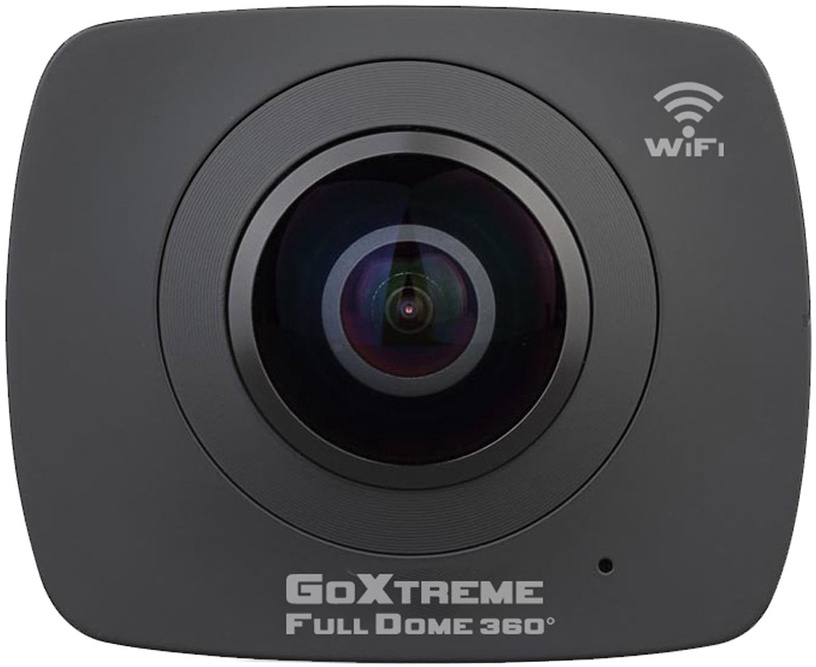 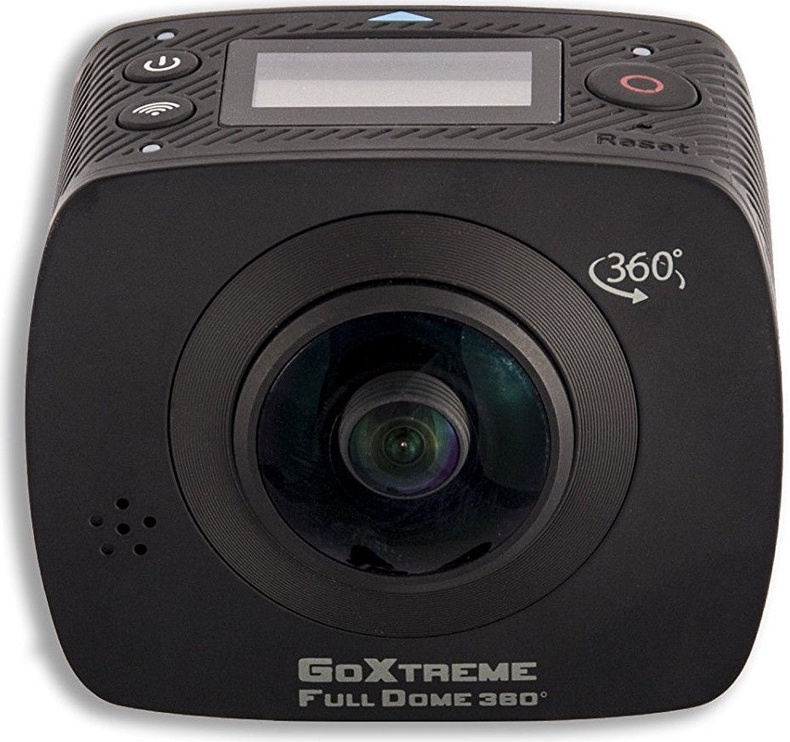 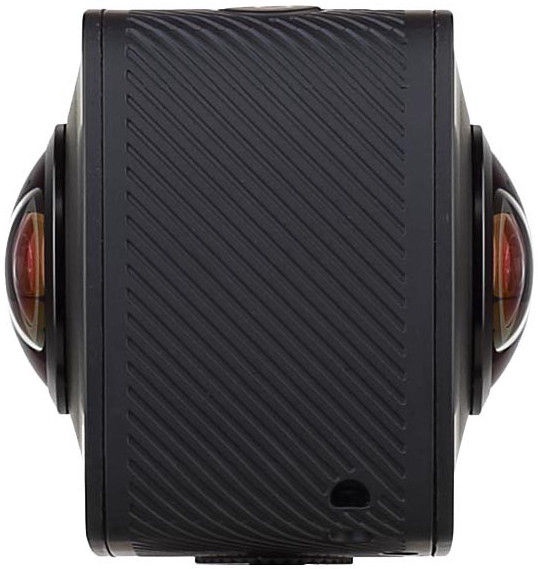 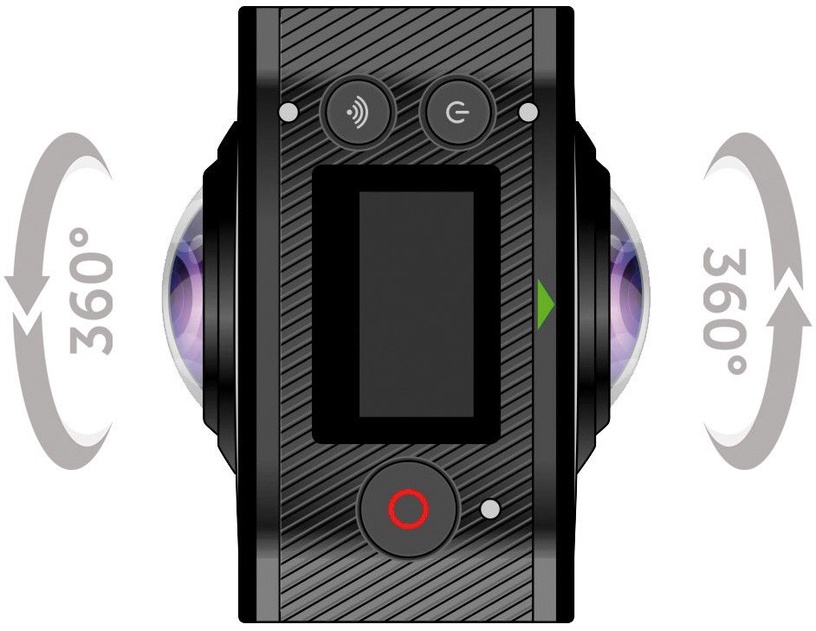 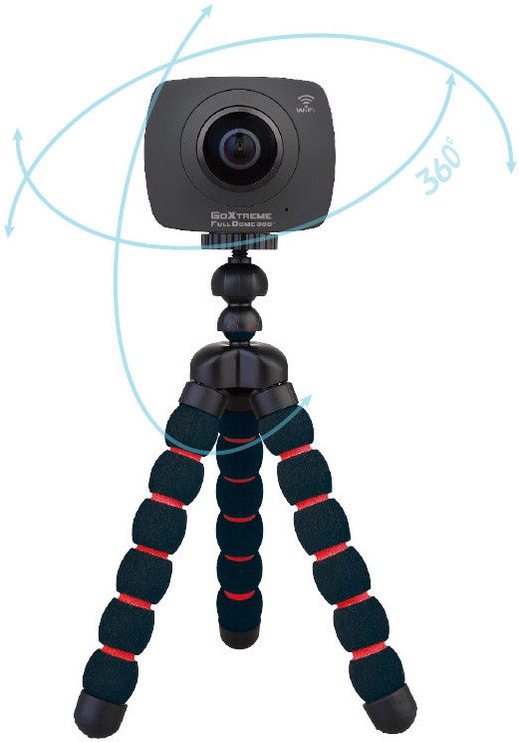 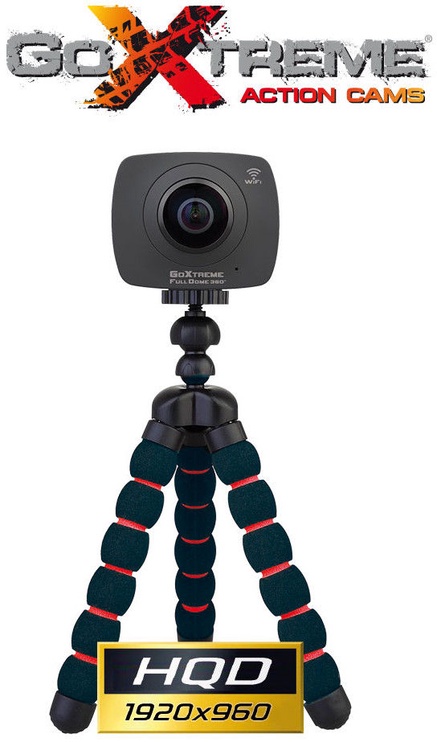 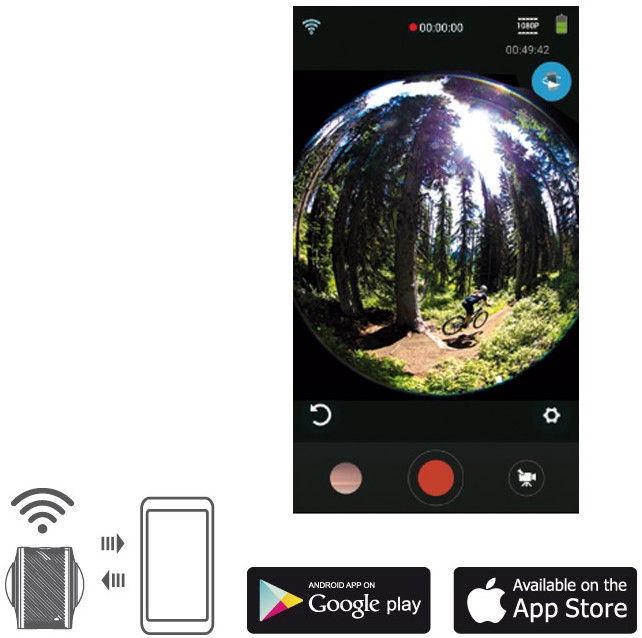 With the GoXtreme Full Dome 360° you can record stunning high-resolution 360° videos.

The camera’s 2 lenses film 2×220° in the horizontal and 2×360° in the vertical axis at the same time to a perfect panoramic view.
The GoXtreme Full Dome 360°’s spherical angle of view catches every detail in all directions around the viewer and provides him with an intense visual experience.
When contemplating your images and videos afterwards, you can choose any desired perspective out of the filmed angles instead of being limited to a fixed picture section. Not only can you re-live any journey or event and show them to you your friends in the most vivid way by turning around just like in the real situation – you will even be able to discover things you missed in the moment of filming, for instance because they happened behind you!

Unlimited freedom
You no longer have to decide whether to film the Eiffel Tower’s tip or the family in front of it, whether the castle’s ceiling is more impressive than its floor, whether the mountain panorama is more beautiful than the view into the valley.

Instead of a fixed picture section, you can choose and vary between any desired perspective out of the filmed angles afterwards.
What is more, you can also choose between the panoramic view and the so called ‚Little-Planet‘-representation, creating a different and new stunning visual experience each time you want to contemplate your 360° videos.

The camera’s 2 lenses film 2×220° in the horizontal and 2×360° in the vertical axis at the same time.
In order to create a real 360°-experience, the takes of both the lenses are afterwards automatically put together into one single photo or video file.

360° views on your smartphone and PC
Contemplate the world from the most centric perspective
When looking at a 360° photo or watching a 360° video, the viewer takes on the position of the camera in the moment of the take. He finds himself in the center of a sphere and is able to contemplate the sphere’s inner wall which functions as a screen. In this way, the viewer can turn to his left, right, front and back as well as to the top and bottom to discover the full picture.

Similar to a world map and a globe, the viewer can vary between several perspectives of his take. 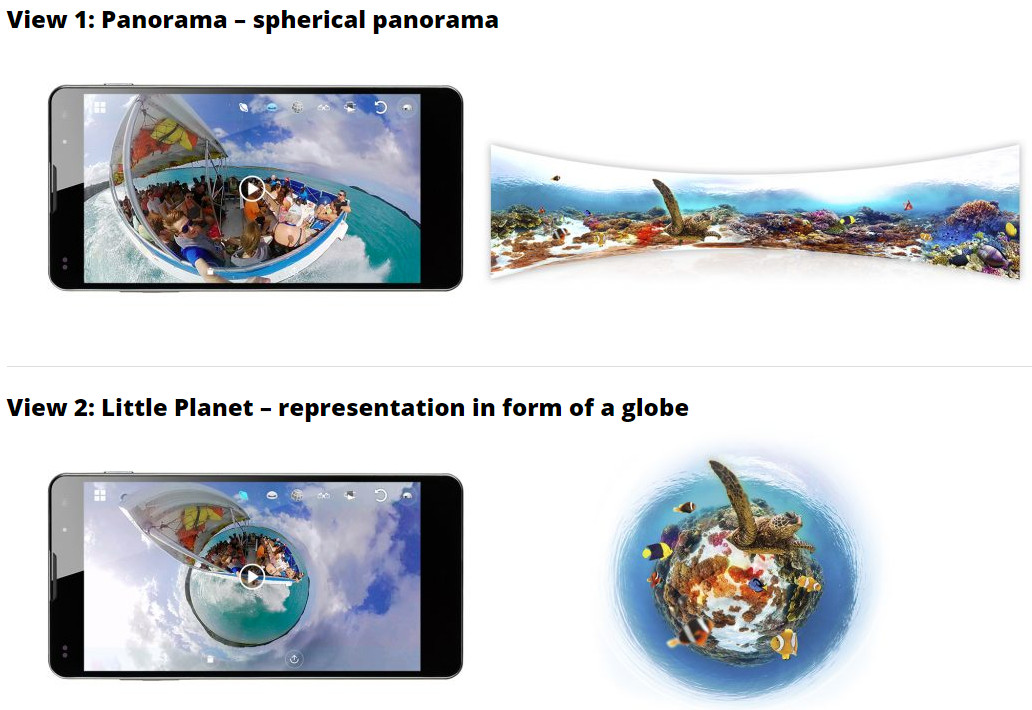 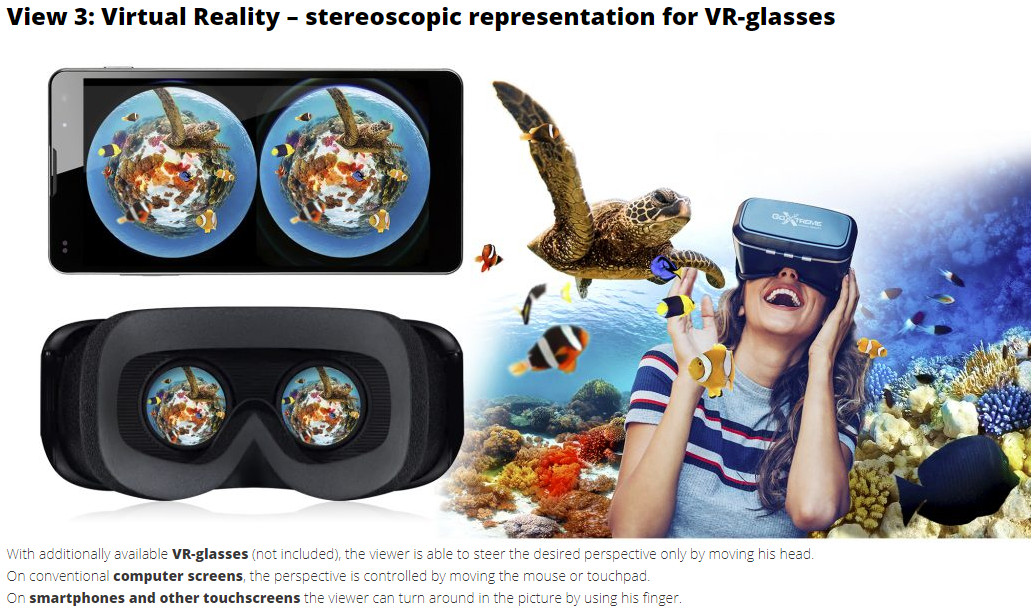 Instead of being limited to one single angle of view, you can afterwards choose any possible perspective on your image.
360°-videos can be edited just as conventional videos – but with greater freedom and a magnificent result!
When cutting the film, you can choose any desired perspective out of the filmed angles, instead of being bound to a fixed picture section.
What is more, you can also choose between the panoramic view and the so called ‚Little-Planet‘-representation, creating a different and new stunning visual experience each time you want to contemplate your 360° videos.

Built-in WiFi-function – Live preview, remote control and selection of portrayal
The integrated WiFi-function enables you to connect the GoXtreme Full Dome with your smartphone. The SYVR App transforms your smartphone into a remote control for your GoXtreme Full Dome and facilitates a live preview, control of the viewing direction and the selection of different portrayals directly in the 360° take.

When using the VR-view, you can insert your smartphone into VR-glasses (not included) and steer the desired perspective only by moving your head. 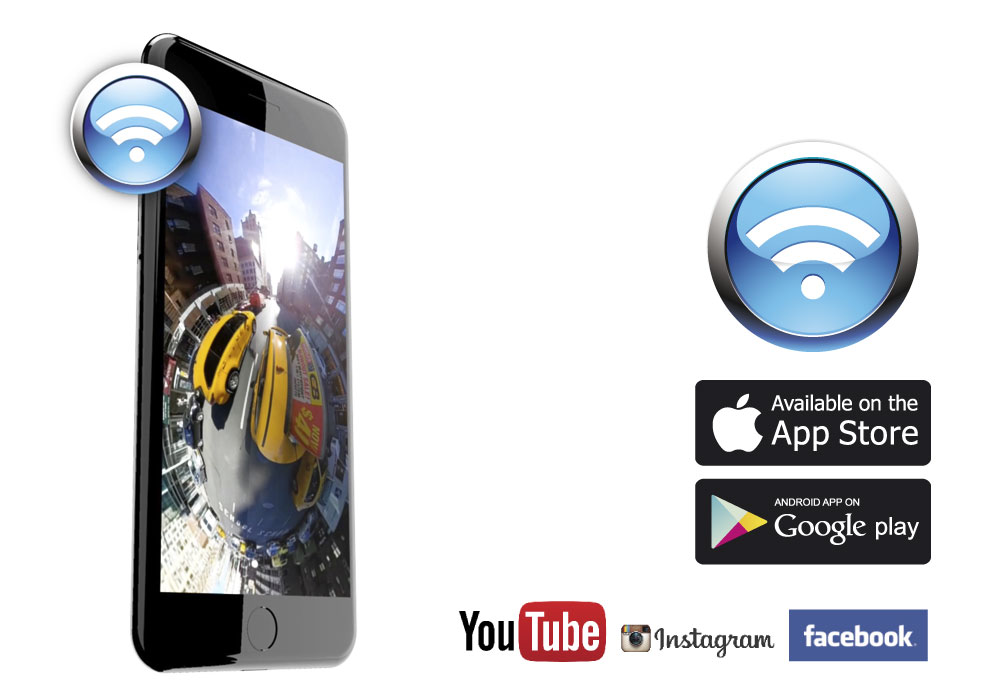 Share your 360° Videos
Upload your panorama- and VR-videos to YouTube to present the full beauty of 360°: Any desired perspective can be selected by moving the cursor or, in case of VR-glasses, by movements of the head, and in this way be shared with the whole world.

Tripod included
A tripod which facilitates the recording of perfect panorama-videos and –photos is included in the scope of supply of the GoXtreme Full Dome 360°.