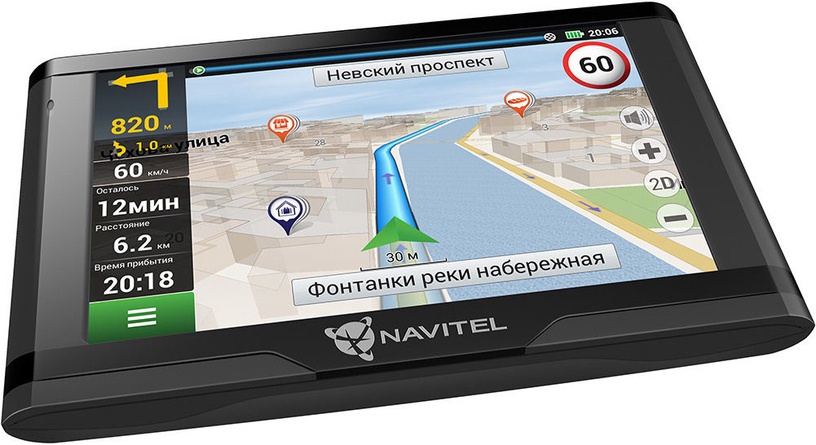 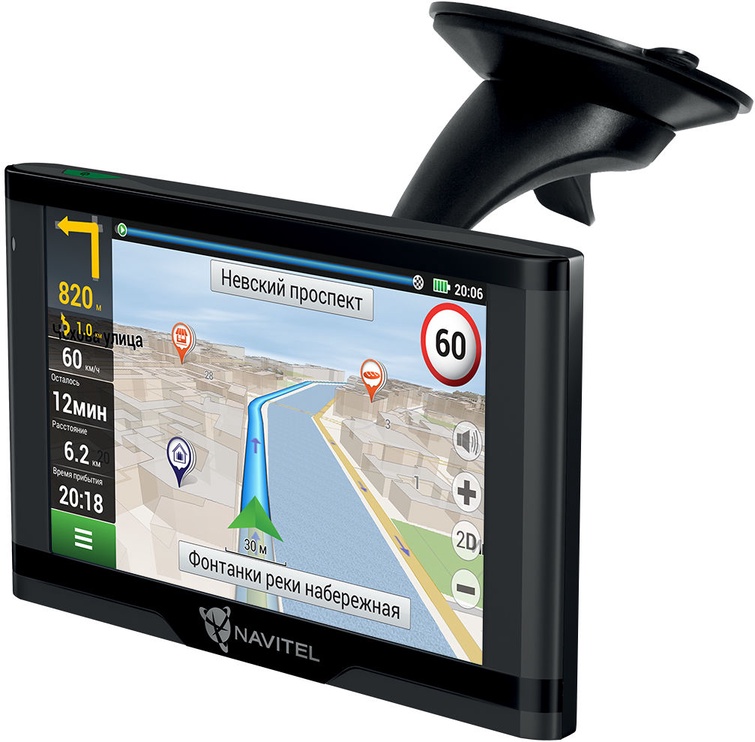 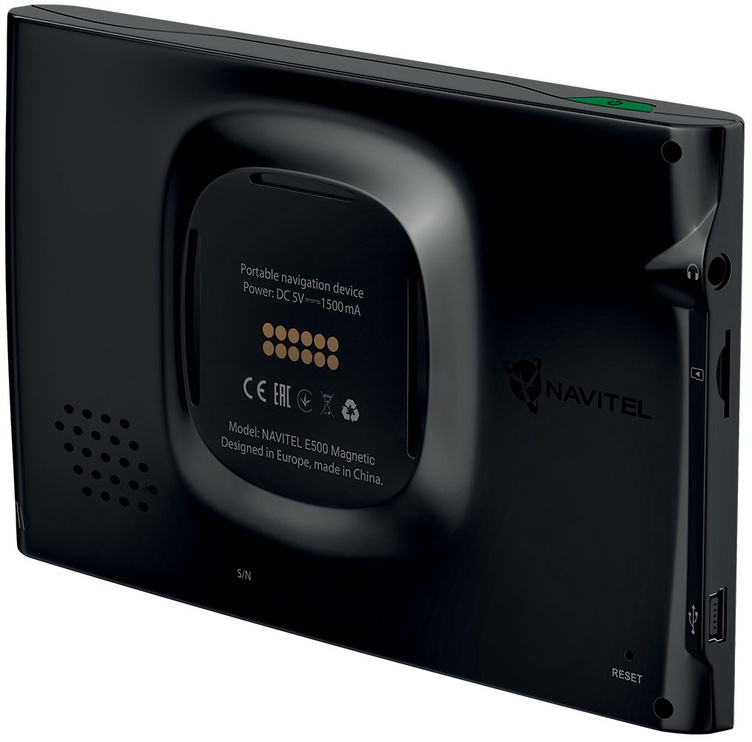 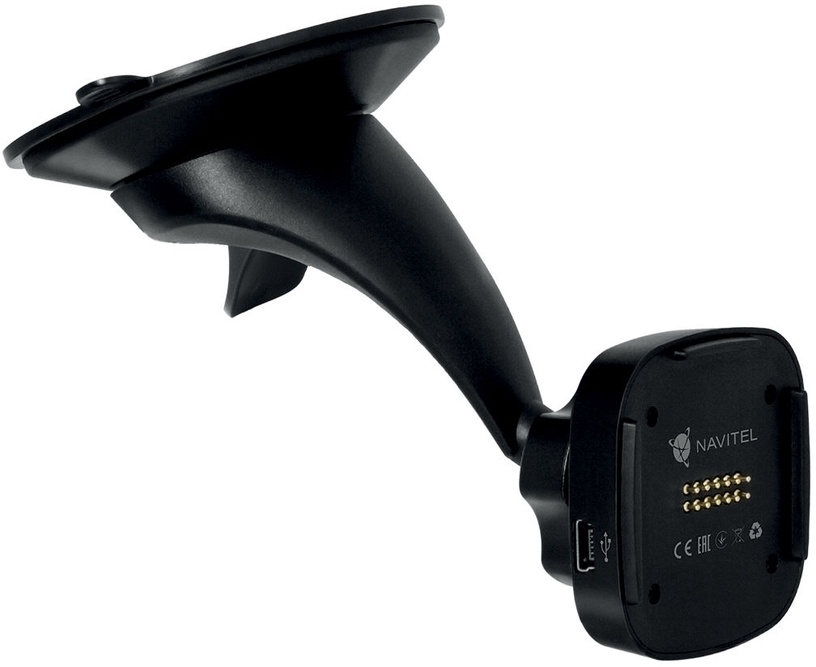 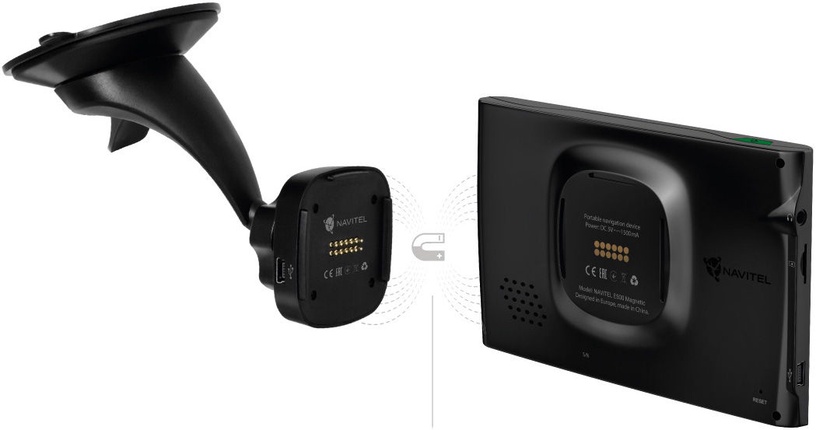 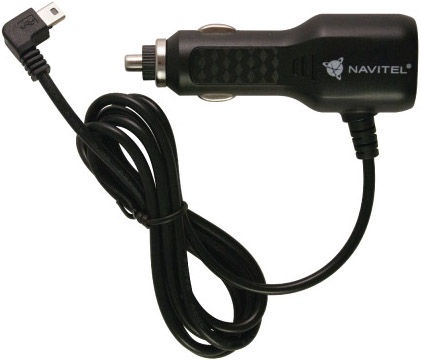 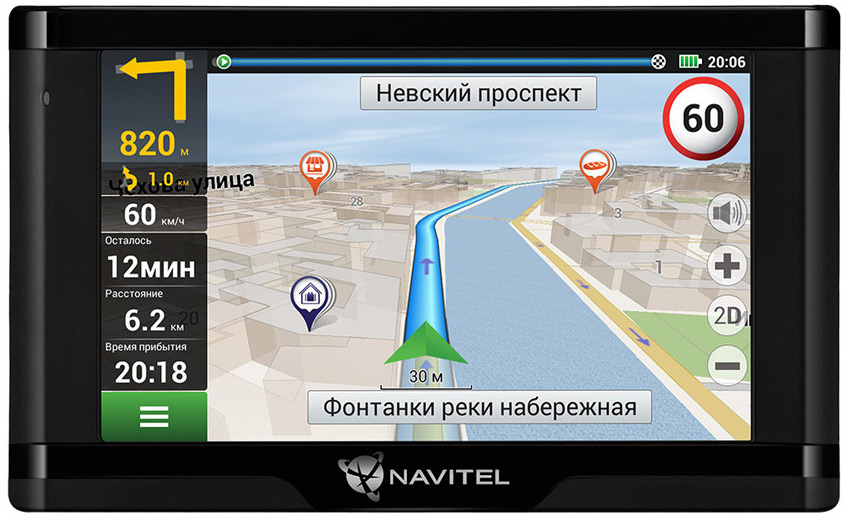 Navitel E500 Magnetic is a modern car GPS navigator with a magnetic mount and a large selection of pre-installed offline maps. The device has a bright 5-inch TFT-display. The navigator's CPU operates at 800 MHz allowing for fast and stable work of navigation software. Thanks to Cortex-A7 architecture, Navitel E500 Magnetic features lower energy consumption. The internal memory of the device is 8 GB.

The key advantage of Navitel E500 Magnetic is a revolutionary magnetic mount with continuous power supply. The suction cup mount base that is included in the package attaches firmly to the windscreen of the car. Through the USB port, it is connected to the car lighter socket via Navitel car charger that is also included.