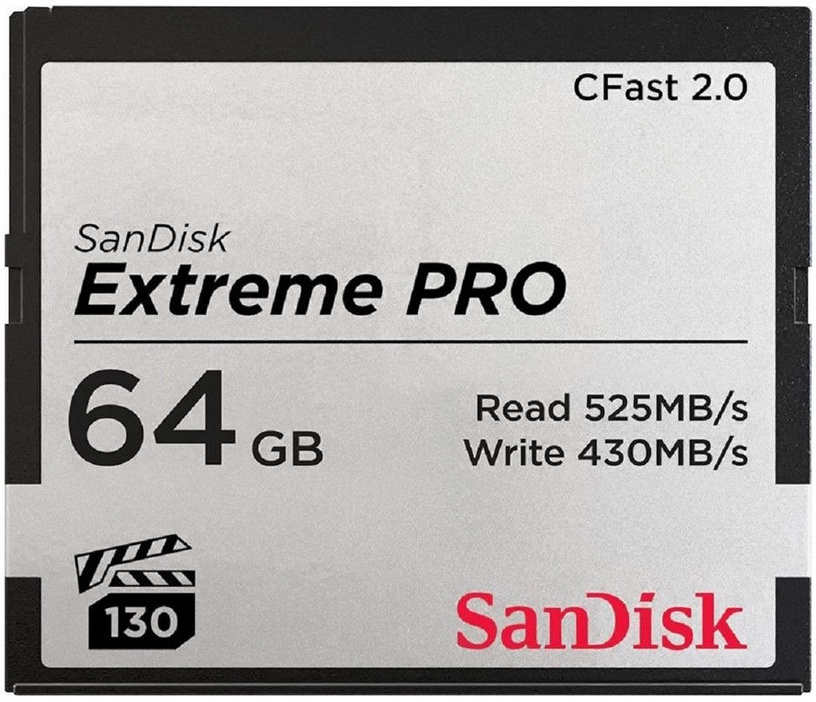 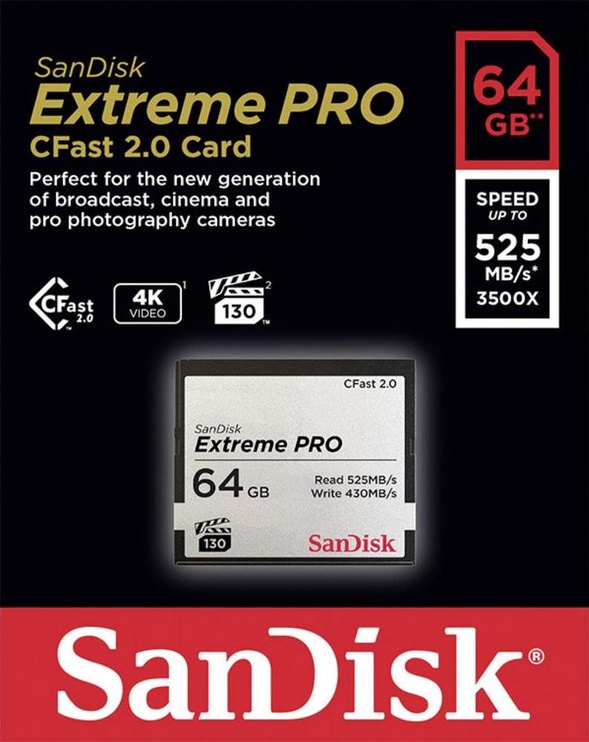 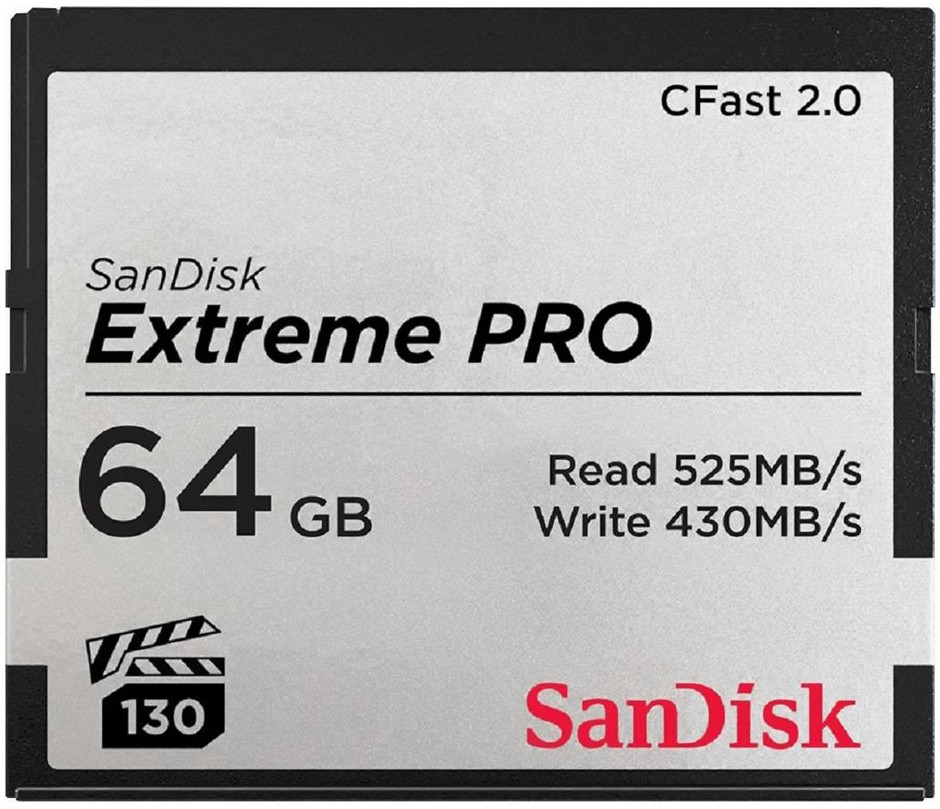 A NEW LEVEL OF PERFORMANCE FOR CAMERAS AND CAMCORDERS
The SanDisk Extreme PRO® CFast™ 2.0 memory card delivers the high performance that broadcast, cinema, and photography professionals demand today. The card has the speed, capacity and performance needed to record cinema-quality 4K video (4096x2160p). It delivers write speeds of up to 450MB/s and data transfer speeds, up to 525MB/s. With a video performance guarantee of 130MB/s (VPG 130) and 128GB to 256GB of storage capacity, this is a great memory card for professional cameras and camcorders.

DESIGNED FOR PROFESSIONAL VIDEOGRAPHERS
Professional videographers trust SanDisk CFast™ cards to keep up with the high demands of the film industry. Get the most out of your professional camera with the high performance, capacity, and reliability of a SanDisk card.

EXTREME SPEEDS OF UP TO 525MB/S READ AND 450MB/S WRITE
With write speeds of up to 450MB/s, the card lets you capture multiple frames per second, making it an ideal choice for fast-action or continuous burst mode photography. The card offers read speeds of up to 525MB/s so you can transfer large files from the card to your computer lightning fast.

TESTED UNDER EXTREME CONDITIONS
This memory card can operate in temperatures ranging from -4ºF to 158ºF (-20ºC to 70ºC).