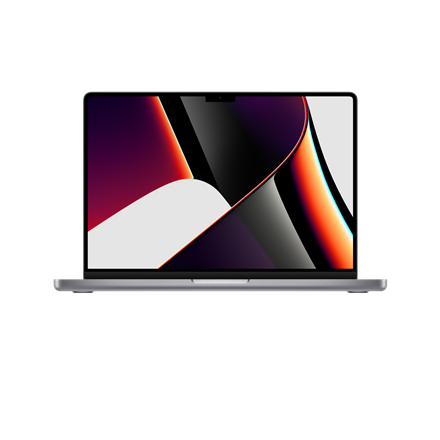 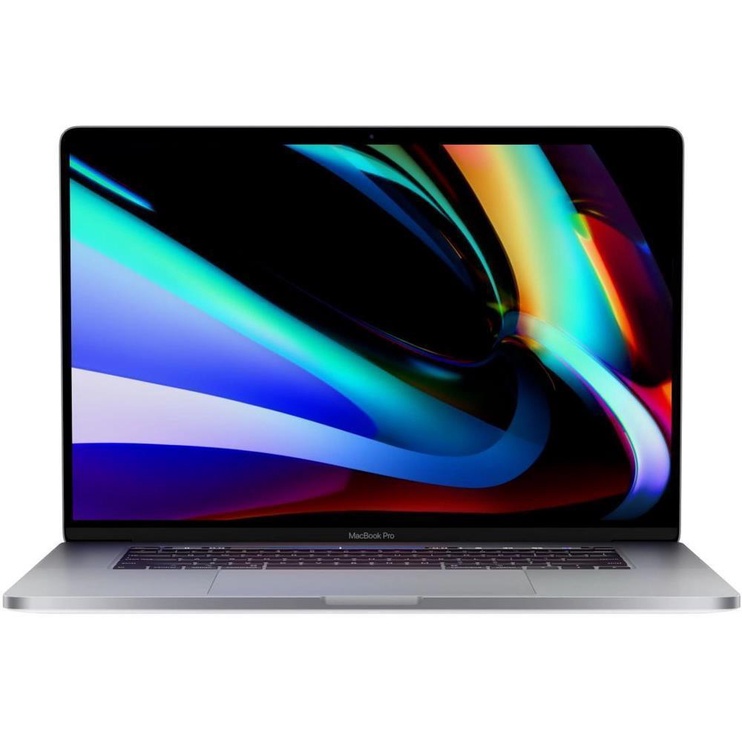 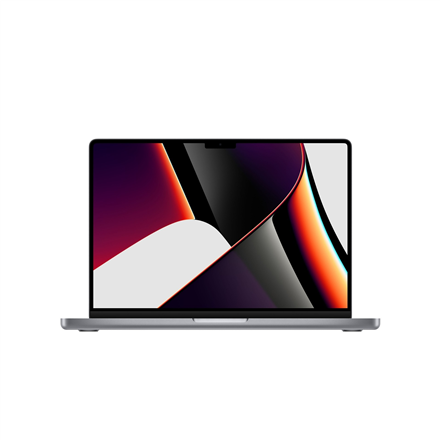 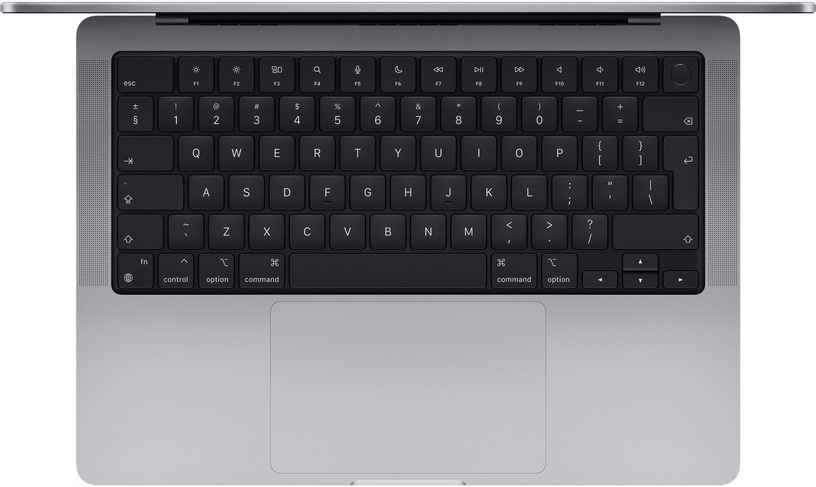 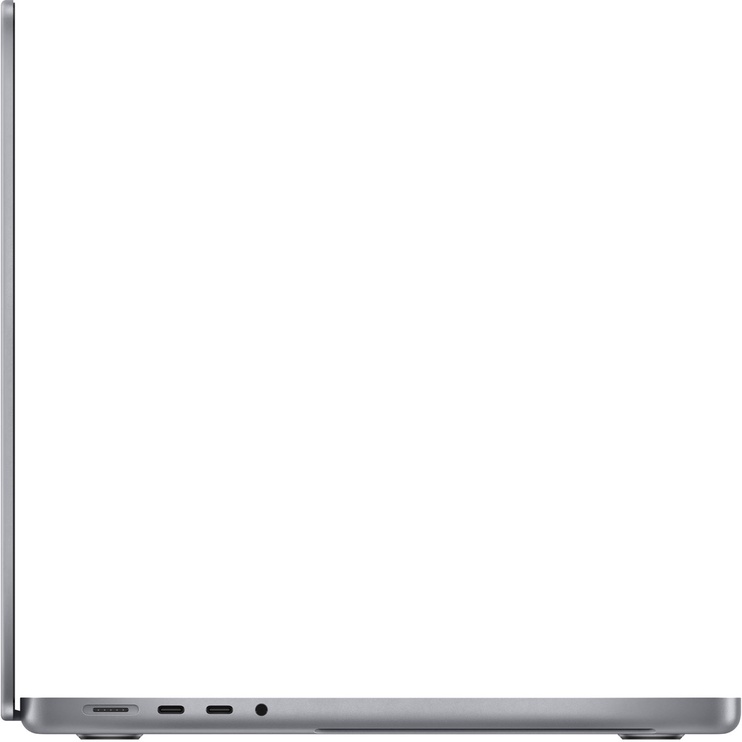 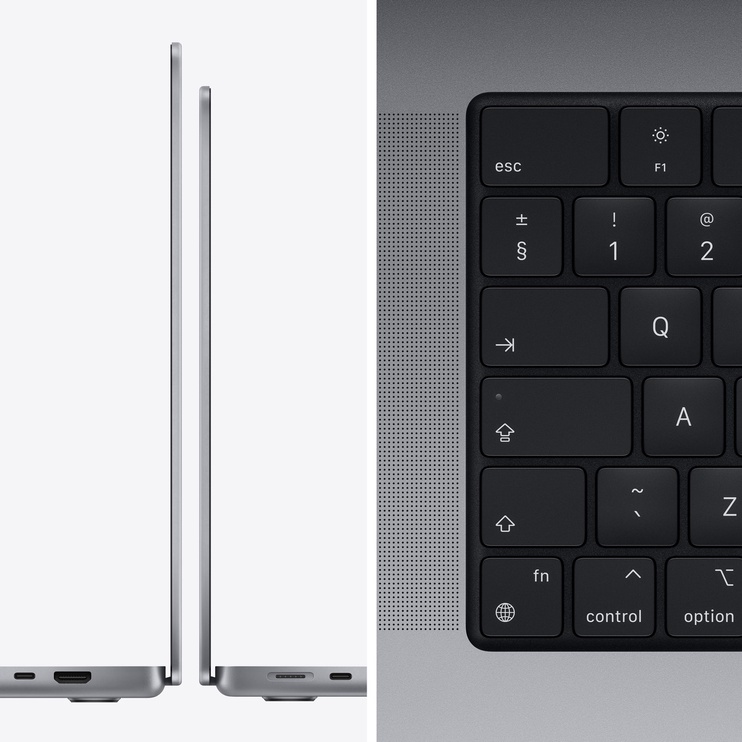 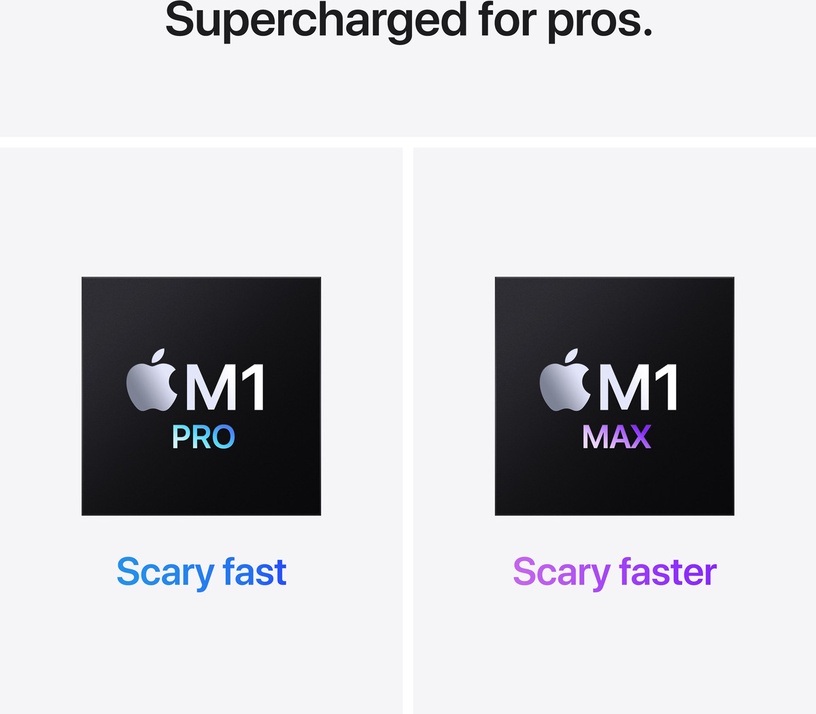 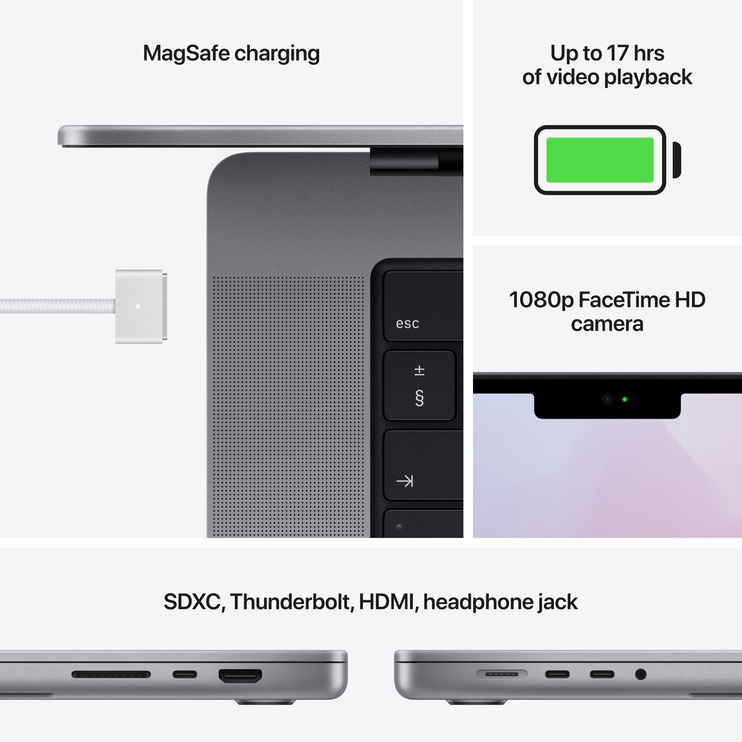 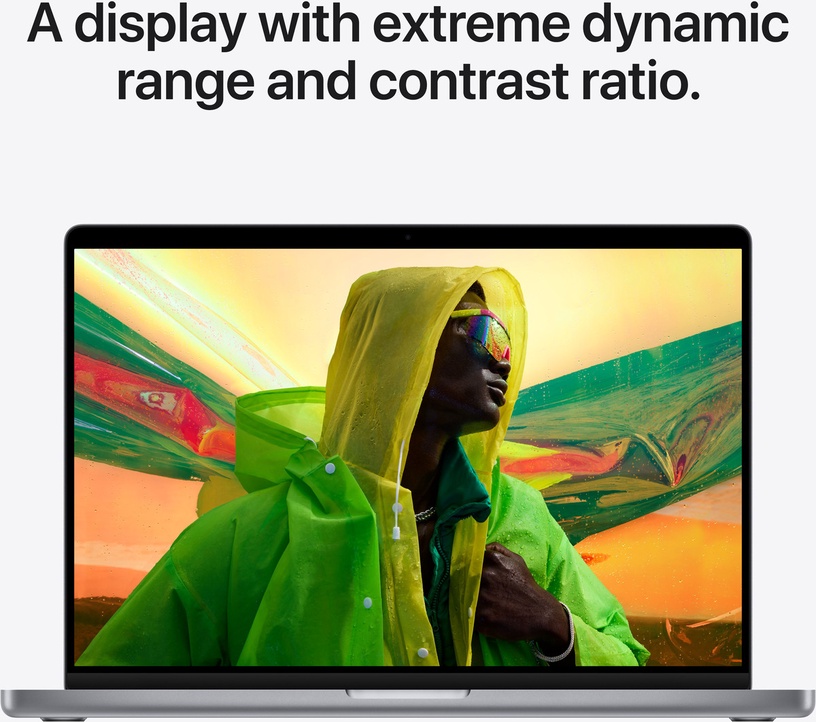 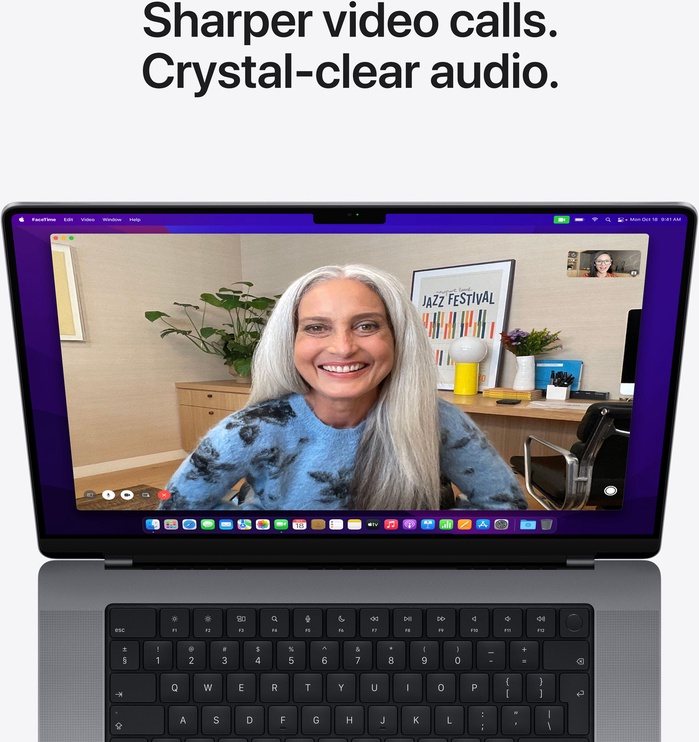 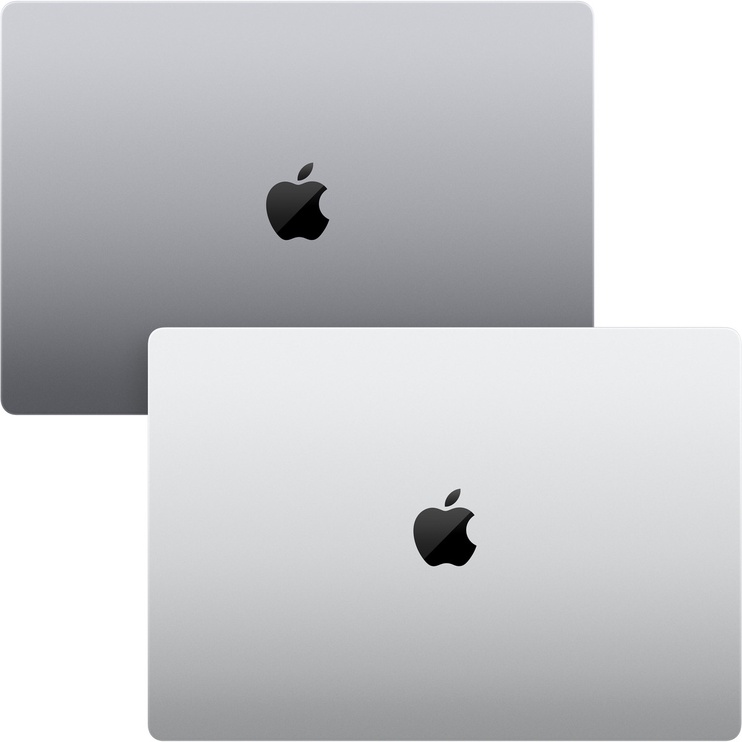 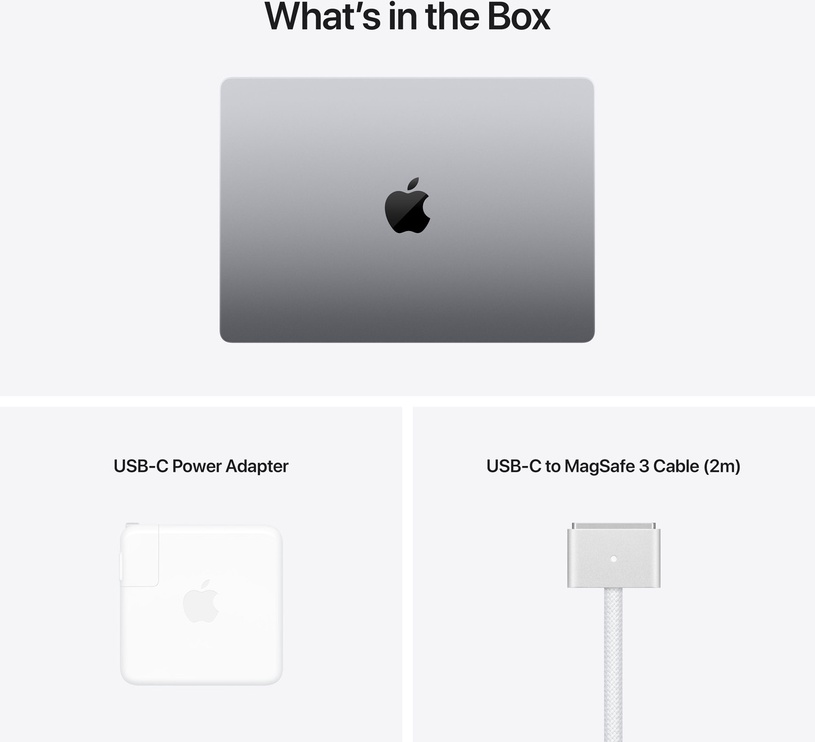 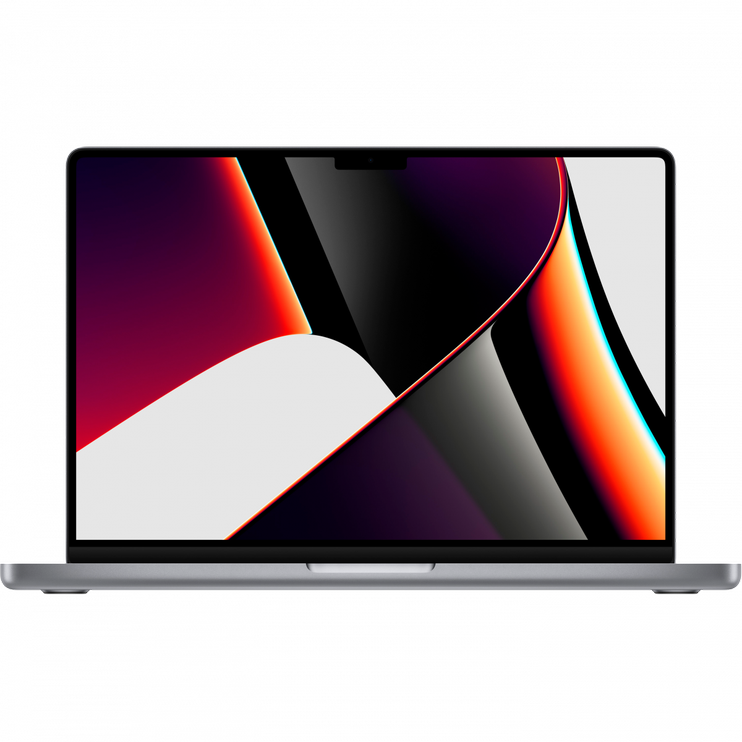 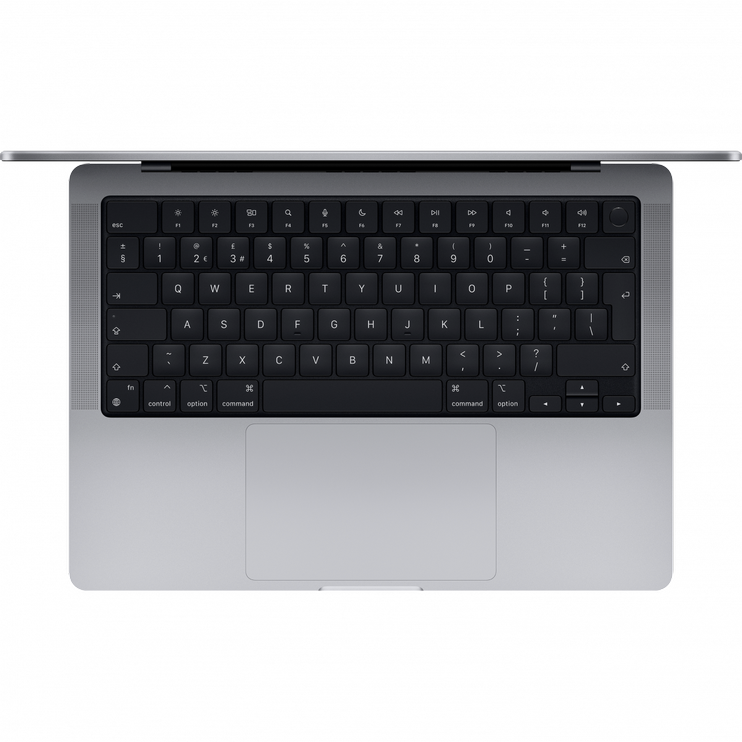 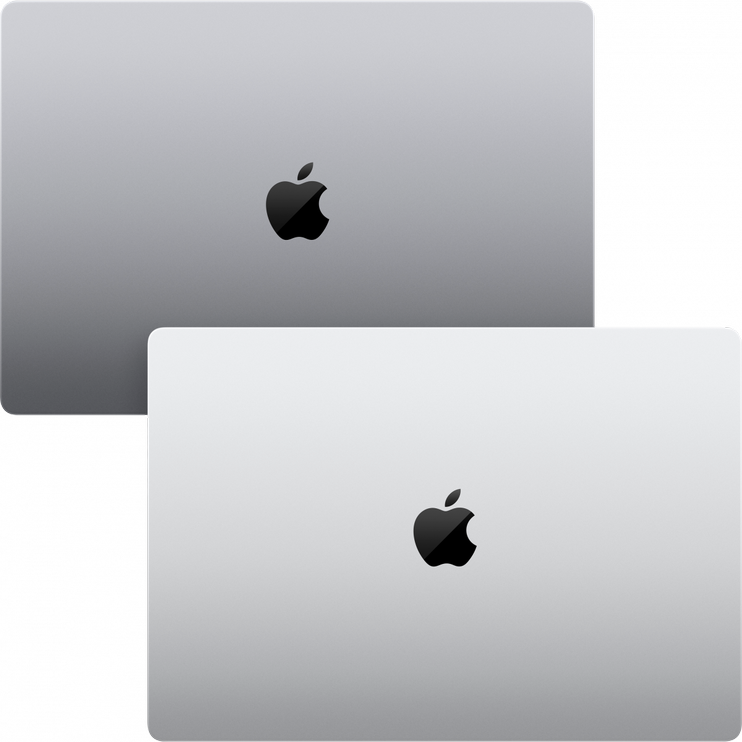 Supercharged for pros.
The most powerful MacBook Pro ever is here. With the blazing-fast M1 Pro or M1 Max chip — the first Apple silicon designed for pros — you get groundbreaking performance and amazing battery life. Add to that a stunning Liquid Retina XDR display, the best camera and audio ever in a Mac notebook, and all the ports you need. The first notebook of its kind, this MacBook Pro is a beast.

Pro to the Max.
M1 Pro and M1 Max scale the amazing M1 architecture to new heights — and for the first time, they bring a system on a chip (SoC) architecture to a pro notebook. Both have more CPU cores, more GPU cores, and more unified memory than M1. Along with a powerful Neural Engine for supercharged machine learning and upgraded media engines with ProRes support, M1 Pro and M1 Max allow pros to do things they never could before.

Scary fast.
M1 Pro takes the exceptional performance of the M1 architecture to a whole new level for pro users. Even the most ambitious projects are easily handled with up to 10 CPU cores, up to 16 GPU cores, a 16‑core Neural Engine, and dedicated encode and decode media engines that support H.264, HEVC, and ProRes codecs.

Scary faster.
M1 Max is the most powerful chip ever created for a pro notebook, with 10 CPU cores, up to 32 GPU cores, and a 16-core Neural Engine. It delivers two times faster graphics processing and double the memory bandwidth of M1 Pro. And it has a dedicated media engine for decode and two for encode — with up to two times faster video encoding — and two ProRes accelerators for even higher multistream performance.

Logic Pro
The new MacBook Pro is available in 14- and 16-inch models. Each can be configured with the M1 Pro or M1 Max chip and offers unprecedented levels of pro performance. So you can manipulate millions of polygons in Cinema 4D, edit up to seven streams of 8K ProRes video in Final Cut Pro, or grade color in HDR on 8K 4x4 ProRes video — all miles away from the edit bay.

We can do this all day.
Adobe Photoshop Lightroom Classic
Ferocious performance with game‑changing battery life — that efficiency is the magic of Apple silicon. A single charge lets you compile up to four times as much code in Xcode or edit images for up to twice as long in Lightroom Classic. And unlike other notebooks, MacBook Pro delivers the same amazing performance whether it’s plugged in or not.

The coolest part. Advanced thermal systems move 50 percent more air, even at lower fan speeds. And thanks to the efficiency of Apple silicon, the fans never turn on for many tasks you do every day.

Fast. And vast. Get jaw-dropping read speeds from the up to 8TB SSD — up to 7.4GB/s or two times the previous generation. So you can open 8K videos instantly or store hundreds of thousands of RAW photos at once.

ProMotion. ProMotion comes to Mac for the first time, making everything from scrolling through a web page to gaming super fluid and responsive — while also reducing power consumption. With refresh rates of up to 120Hz, the adaptive technology automatically adjusts to match the movement of the content. ProMotion video editors can also choose a fixed refresh rate that precisely aligns with their footage.

Display enclosure. Less than 4 mm thin, it provides the structure for the world’s best notebook display.Mini-LEDs. Thousands of mini-LEDs are grouped into individually controlled local dimming zones for precise brightness and contrast.Custom optical films and diffusers. Seven films and diffusers mix and shape the light efficiently while enabling an ultrathin design.High mobility oxide TFT. The oxide thin film transistor (TFT) allows pixels to charge two times faster than before, enabling refresh rates of up to 120Hz.LCD panel. The active area of the display is pushed to the edge for up to 60 percent thinner borders, providing more room for your content.

Heads up — the camera’s 1080p HD.
Staying connected is more important than ever. That’s why the new MacBook Pro camera has double the resolution — 1080p — and uses a lens with a wider aperture that lets in more light. Together with a larger image sensor that has more efficient pixels, the camera delivers two times better low‑light performance.

Three studio‑quality mics. Thanks to mics with an up to 60 percent lower noise floor, MacBook Pro can capture even the subtlest sounds. And the three-mic array uses directional beamforming so your voice always comes through loud and clear.

Six-speaker sound system. Four force-cancelling woofers reveal notes up to a half-octave deeper and fill the room with up to 80 percent more bass. And the high‑performance tweeters project clearer, fuller vocals.

Spatial audio. Thanks to the room‑filling six‑speaker system and advanced algorithms, MacBook Pro supports spatial audio when playing music or video with Dolby Atmos, creating a sophisticated, three‑dimensional soundstage. Combine that with the Liquid Retina XDR display, and it’s like having a portable theater.

More plugged in than ever.
Transfer photos and videos with an SDXC card reader. Connect to TVs or displays with HDMI output. Listen using a 3.5 mm headphone jack that detects and automatically adjusts for high‑impedance headphones. Connect to high-speed peripherals or displays with three Thunderbolt 4 ports. And fast‑charge using the quick‑releasing MagSafe 3 port.

Pro power meets pro keyboard.
For the first time, Magic Keyboard brings a full‑height function key row to MacBook Pro — with the tactile feel of mechanical keys that pros love. It includes new keyboard shortcuts for Spotlight, Siri, Dictation, and Do Not Disturb. And Touch ID has a new, tactile ring that guides your finger for a fast, easy, secure way to unlock your Mac.

macOS Monterey and Apple silicon. Beauty and the beast.
Use a single keyboard and mouse or trackpad to work seamlessly between your Mac and iPad with Universal Control. Automate complex tasks with Shortcuts. Share your screen, watch together, or collaborate with FaceTime. And browse with the best Safari yet. When it’s time to concentrate, Focus lets you control which people and apps can reach you.